Sometimes things occur at a location that cause people to believe the place is haunted by ghosts. In some cases that might be the case, while in others there could be a reasonable and logical explanation for the occurrences. However, there are those few dreaded times when neither is true. There are times when the things that are happening are the things of a nightmare. Sometimes mysterious scratches appear in threes on someone's skin. Unexplained fires start in the home with no logical reason. Poltergeist activity is at an all time high. Dark shadowy images are seen roaming the house causing hair to stand on end. A feeling of evil, heaviness, and dread can be sensed throughout the house. Pets or family members begin to act strangely. It is when these things take place that you might want to consider an alternate course of action. The reason is because when these things are happening in your home, then you might be dealing with a demonic entity.

The term “demons” did not always have the drastic negative connotation that it has today. In fact, the fabled ancient writer named Homer used the terms "demons" and “gods” interchangeably. At one time it was believed that demons were intermediaries between men and gods and that demons were once men. Plutarch said, “human souls as commencing, first heroes, then demons, and afterward as advancing to a more sublime degree.” Philo of Byblos also draws on this same tradition when he stated, “The most ancient of the barbarians, especially the Phoenicians and Egyptians, from whom other people derived this custom, accounted those the greatest gods who had found out things most necessary and useful in life and had been benefactors to mankind.”

However, our current use of the term “demon” is to denote a malignant spirit. It comes to us primarily from the “New Testament” writers. There is still uncertainty as to whether or not demons are considered to be distinct and separate from the Devil and his fallen angels. Perhaps they are the twisted evil spirits of humans, who've passed on after living torturous lives. The evil that lived within a person in life has transformed into its true form, after the physical death of the person, therefore becoming what we would consider to be a demon. This is not such a far fetched theory for one, who believes in ghostly spirits.

One thing that is certain is demons are dangerous. Do not think you can attempt to do battle with one on your own. It takes the right kind of experience and sufficient knowledge to deal with these evil entities. If you believe you are being oppressed by a demonic entity, contact your local church or a paranormal group that has a demonologist handy. Unfortunately, we do not have one, at this time. Don't think you are alone. Someone out there can and is willing to assist you.

The Stages of Diabolical Activity

Infestation – Scary things might occur in the dark, but seem to stop when lights go on. Scratches appear on the body in 3 marks to mock the holy trinity. 666, the mark of the beast might appear on the body or somewhere else. Some of these things or other occurrences take place at the same time every night, usually at 2am or 3am. A spirit may appear as a human with some type of abnormality to use deception, such as missing limbs. The demon will use a divide and conquer strategy to divide the household by appearing for one person, not another, creating confusion, doubt, fear, and panic. Vivid intense nightmares occur often. The victim begins to feel alone becoming more vulnerable to attack and ultimately possession. Demons can pose as dead relatives to fool the victim, but they will never say they love God.

Oppression – This is when the demon attacks the victim. Attacks might go on all day and night to wear down household making the members of the household vulnerable to possession.
Possession – It feels like a hot rag sensation, tingling all over, paralysis, pressure on the body, feels like electricity, gasping for breath, speaking in another language or backwards. Ouija board can be a doorway to invite evil spirits. Victims often have no memory of the possession.

Exorcism – Things might be calm temporarily, but the activity could resume with more intensity. Medal of St. Benedict should be worn as protection from demons.

Signs of a Demonic Possession

The Stages of an Exorcism

These are things that you should NEVER do when using a Ouija board...


Ouija boards should not be used during scientific investigations of the paranormal. There is no scientific credibility to these boards. Nobody truly knows what's really behind these mysterious boards, or whether it is a positive or negative entity. Furthermore, no one with credibility themselves can claim to possess that knowledge. These boards are to be used with the utmost care and caution. They are dangerous portals into the unknown. Never take them lightly or beware the consequences.

The three best-known runic alphabets are the Elder Futhark, which was used around 150–800 AD, the Anglo-Saxon Futhorc from 400–1100 AD, and the Younger Futhark of 800–1100 AD. The Younger Futhark is divided further into the long-branch runes, also called Danish, although they also were used in Norway and Sweden, short-branch or Rök runes, also called Swedish-Norwegian, although they also were used in Denmark, and the stavesyle or Hälsinge runes (staveless runes). The Younger Futhark developed further into the Marcomannic runes, the Medieval runes from 1100–1500 AD, and the Dalecarlian runes from 1500–1800 AD.

Historically, the runic alphabet is a derivation of the Old Italic alphabets of antiquity, with the addition of some innovations. Which variant of the Old Italic family in particular gave rise to the runes remains a mystery. Some possibilities include Raetic, Etruscan, or Old Latin. At the time, all of these scripts had the same angular letter shapes suited for epigraphy, which would become characteristic of the runes.

These days runes are used widely by occult groups for scriptures or rituals, which make it hard to decipher for someone uneducated in Runology. Sometimes one might come across strange symbols painted at a certain location. It is wise not to assume that it is random graffiti.

Do you believe you may be the victim of a possession? 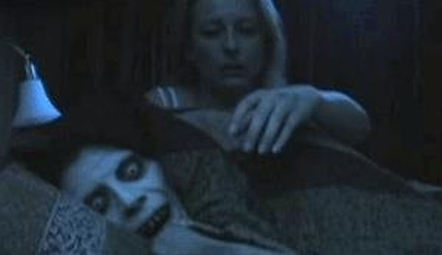 After thoroughly reading this page, if you believe you are being oppressed by a demonic entity, you do not have to suffer any longer. There are ways someone can assist you. Tell a trusted relative or friend, if at all feasible. Try to get a witness that believes your story enough to vouch for you. Otherwise, you can contact us and we will try to see what can be done. However, be aware that we are not qualified to deal with demonic possessions.

We might have to conduct a paranormal investigation first to acquire some kind of tangible proof. It is not our policy to believe everything we hear or read, meaning just because you say it is a demon doesn't mean we will automatically believe it. We need to determine this for ourselves.

Your best option is probably for you to contact the Order of Exorcists. They fall under the Catholic jurisdiction of The Sacred Order of Saint Michael the Archangel and are authorized by the church to perform exorcisms. It might be best for you to contact us first, if there is any doubt about it being demonic activity. Let us speak with you and we can contact them later, if we see there is indeed a need to do so. They usually do not like people wasting their time with pranks, so they might be reluctant to help without a believable story or credible witnesses. A paranormal team can clarify what is going on and better inform them.

It is very important that you do not wait until it's too late. Your life or the life of another could depend upon it.

I'd like to give a special thank you to both Wikipedia and www.HauntedAmericaTours.com for providing me with much of the information listed on the page above, as well as Ralph Sarchie for the wealth of information in his book. I'd also like to thank the Order of Exorcists for providing assistance with their vast experience in demonology. I also want to acknowledge The Exorcist for it's major role in introducing me to the existence of demons at the tender age of 2! Scenes from the film can be scene throughout this page, while its theme (Tubular Bells by Mike Oldfield) can be heard to set the mood.

I also want to pay tribute to the memories of Ed and Lorraine Warren, who were the most famous demonologists of my time. They were involved in several infamous cases that spawned more than a dozen movies and sequels, such as The Amityville Horror, The Conjuring, and Annabelle. May they both find peace in the afterlife.
Yonkers Ghost Investigators